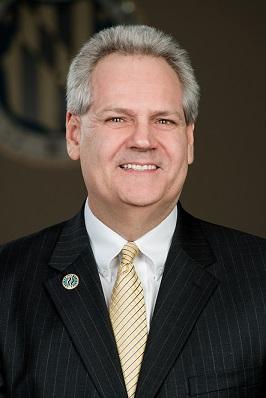 “Successful people are not always gifted, they just work hard and then succeed on purpose,” Chief Administrative Officer Harold Higgins said. “Kelly by far is the exception. After thirty years of dedicated service Kelly has proven to be purposeful, hard-working, successful, and gifted.”
Eastern Shore native Shannahan joined WCG as a long range planner. Significant accomplishments while in that position include the comprehensive redrafting of the Zoning and Subdivision Control Article and Comprehensive Zoning Map Amendments in 1992, Forest Conservation Law in 1994, and Stormwater Management Regulations in 1995. He also proposed and implemented the Technical Review Committee and served as the county's representative on various state committees, including Maryland Association of County Planning Officials, Coastal and Watershed Resource Advisory Committee, and Maryland Coastal Bays Subcommittee. He also oversaw creation of the first Geographic Information System for Worcester County.
Shannahan’s extensive planning knowledge and leadership experience made him the ideal fit for County Administration, where he was selected to serve as Assistant to the Chief Administrative Officer in 1995 and was then promoted to serve in the newly-created position of ACAO the following year. Projects completed under his watch as ACAO include construction of the Worcester County Government Center, Charles and Martha Fulton Senior Center, Worcester County Recreation Center and Animal Control in Snow Hill, the Berlin, Ocean Pines, and Ocean City Branch Libraries, and Worcester County Health Department offices in Berlin and Snow Hill. He also oversaw numerous renovation projects, most notably the Worcester County Court House, Pocomoke Health Center, and expansion of the Worcester County Jail. He oversaw initial purchase and utilization of the countywide personal computer network and the electronic document imaging of all county records. He was also a vital part of the leadership team that prepared and delivered bond rating presentations, resulting in WCG maintaining its rating of AA for Fitch, AA+ for Standard and Poor’s, and Aa2 for Moody’s Investor Services.
For 25 years, Shannahan assembled the County Commissioners’ meeting packages and coordinated communication of Commissioners’ directives following each meeting. He chaired the Worcester County Government Efficiency Committee following the 2008 recession, initiating savings of $700,000 in 2009 alone, coordinated the competitive bidding/procurement process and coordinated county legal advertising, legislation processing, and code publishing. He also managed county board and committee appointments, coordinated the annual Students in Government Day, arranged travel and accommodations for Commissioners and staff attendance at annual conferences, supervised staff and provided guidance to employees and department directors on administrative matters.
“It has been my distinct honor to have been a part of the Worcester County Government team and a privilege to work side-by-side with such a dedicated and talented group of professional staff and elected officials since 1990,” Shannahan said. “It gives me great pleasure to look back on our accomplishments as faithful stewards of Worcester County over these past 30 years, but also to look forward to the bright future that lies ahead under the watchful eye of our present team.”
Shannahan passes the torch of leadership to incoming ACAO Weston Young, who brings 12 years of local government experience to WCG. As a professional engineer and local government administrator, Young is a fiscal steward with an in-depth understanding of public infrastructure and its critical role on the region’s economic development and overall quality of life.
Shannahan and his wife, Tracy, have two sons, Ryan and Sam. In retirement, he plans to continue to pursue his passion for travel as a travel agent and president of the Salisbury Cruise Club, with several group cruises and tours already planned in the USA, Caribbean, Europe, and Australia in 2021 and 2022.
For additional information, contact Public Information Officer Kim Moses at (410) 632-1194.